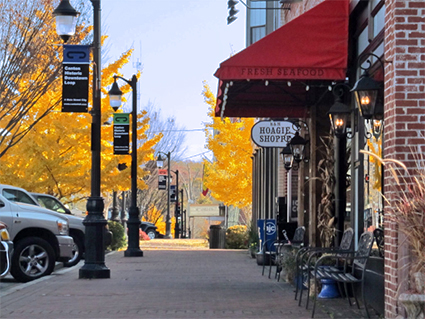 Below are all of the homes for sale in Canton, GA. If you would like more information on any of these Canton real estate listings, just click the "Request More Information" button when viewing the details of that property. You can also "Schedule a Showing" if you are ready to go see a home, save them as favorites and share them with others. Search homes for sale in Canton by map, school, neighborhood, price and more. Click the "Refine Results" button to get started.

The community of Canton has a current population of just about 30,000. Canton is a popular suburb to buy a home because of the excellent value of the homes. It's also and area of Atlanta on the northwest side, that is growing rapidly and is expected to see continued positive growth in population and home prices.

Listings identified with the FMLS IDX logo come from FMLS and are held by brokerage firms other than the owner of this website and the listing brokerage is identified in any listing details. Information is deemed reliable but is not guaranteed. If you believe any FMLS listing contains material that infringes your copyrighted work, please click here to review our DMCA policy and learn how to submit a takedown request. © 2022 First Multiple Listing Service, Inc.

The Canton real estate market is strong and stable for a number of reasons. For one, the type of home you can buy is either newer, larger or both than many other northern Metro Atlanta areas. Therefore, many people make the additional time/commute sacrifice to get the home they want in Canton since many of the same lifestyle amenities are now available nearby. Another reason the Canton real estate market is strong is because of the schools. Many of the Canton schools rank very high on national school rating websites and published test scores tend to be much higher than the Metro Atlanta averages. Parents who are concerned about schools see these scores and the demand for the area in general rises because of it. There are also a lot of options for new construction homes in Canton at prices that remain more affordable than some of the other north Atlanta areas.

Want to see what homes are selling for in Canton? Now you can see them all right here. Start your research on your own and contact us when it's time to sell. View sold homes in Canton here.

Canton, Georgia is one of the fastest growing cities in Metro Atlanta and is located in Cherokee County which is about 40 miles to the north and west of Atlanta. It is located just to the north of Holly Springs and south of Ball Ground. The City of Canton is located in what used to be the center of the Cherokee Nation. In its early years, Canton was a quiet mill town and known for "Canton Denim" and renowned for the high quality it produced along with marble. In 1832 the population grew enough to warrant a name, Cherokee Court House. A year later it was renamed, Canton.

Interstate I-575 runs north/south through the city and I-20 runs through the center east and west. The foothills of the Blue Ridge Mountains are just to the north of Canton and the overall topography is of rolling hills and beautiful countryside.

Points of Interest In Canton, Georgia

The revival in Downtown Canton has brought new restaurants and shopping options in the old town feel in the city center. During the summer months, Canton hosts First Friday with entertainment for all ages. Canton First Friday is a monthly block party, sponsored by the Canton Main Street Program, and held the First Friday of every month in downtown Canton, GA.

Crescent Farm, which is on the National Registry of Historic Places, consists of a historic Georgian Revival style house on a hill built at the highest point in Canton in 1922 and a historic rock barn built in the year 1906. The house and barn are both located near the Etowah River. The Crescent Rock Farm Barn was originally built as a stable for race horses by Augustus Lee Coggins and the farm is named after the shape the Etowah River takes as it forms a crescent around the property.

A huge veteran cemetery consisting of 775 acres and over 88,000 gravesites. If you like to visit cemeteries, this one is recommended!

More than 100 miniature farm animals live on this 10-acre farm/petting zoo. In addition to the petting zoo and feeding the animals, Tanglewood Farms offers pony rides, hayrides and panning for gold and arrowheads.

Find homes for sale in Canton right here. Real estate in Canton, GA varies. Choices range from expansive horse farms, luxury estates, a vibrant and charming downtown district and first-time homebuyer neighborhoods and subdivisions. Some of the larger and more sought after neighborhoods in Canton are Bridgemill, Governors Preserve and Woodmont Golf and Country Club. Canton remains relatively affordable compared to some of the other areas in the North Metro Atlanta area and as cities in the GA 400 corridor like Roswell and Alpharetta become more crowded, more and more people are looking for alternative areas that still represent good value and houses for sale in Canton are great options.

Search Homes For Sale By Neighborhood in Canton

Back to Canton homes for sale