How to Write and Sign PDF Contracts on an iPad 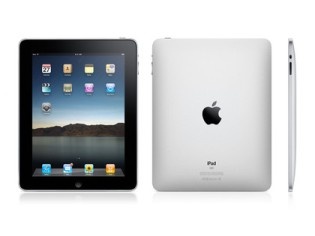 *Update 7-25-2019 - I have updated this post as it remains extremely useful to many people and as the app store has developed, I've changed apps. Currently, I use GoodNotes 5

**If you aren't interested in an iPad or you don't need to manipulate PDFs and/or sign them, you can probably skip this post. On the other hand, if you are a real estate agent or any other person who may want to get an iPad, but thinks that it is only a toy because all you can do is read the web, you may find this post useful.

I was a doubter. I thought that it was really just a toy, but I really wanted an iPad anyway. Besides, I have a weakness for new electronic toys and I like technology and I like being an early adopter so I really wasn't able to NOT get one.

However, I was still skeptical about ditching my laptop. I'll definitely have more posts about how to make the iPad work for real estate, but understandably, the most important question seems to be centered around contracts and signatures and whether or not writing contracts and signing them would be possible.

The short answer is yes, you can write and sign contracts, but not without Apple's amazing App Store. Below is a tutorial on what you need to know if you want to use an iPad as your most frequently used computing device. It is my goal to do so and I am almost there. First, the contract writing tutorial.

Writing and Signing Contracts "How-To" for the iPad

Goodnotes Can store your PDF files within the app itself. It seamlessly integrates with the File App, Google...