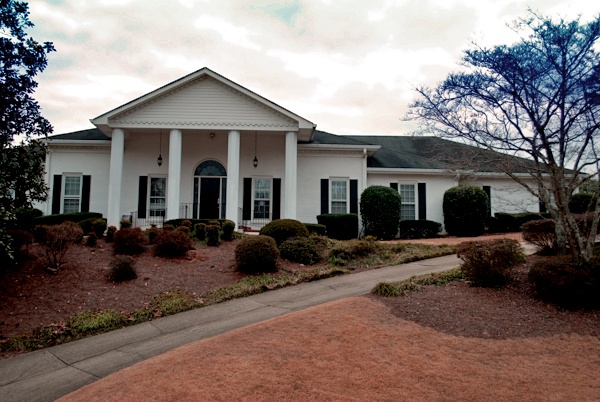 There is a potentially really good foreclosure listing that just came on the market today and I went out to have a look at it for a client. Like many foreclosures in the market right now, they seem to get more traffic than regular listings - even if they absolutely lookk like a mess in the pictures online. This listing has no sign in the yard and was just put on the market today. By the time I arrived at it at about 1:00 in the afternoon, there was already a family at the property in the driveway scoping it out.

I picked this one to follow because it's a very established neighborhood, the home sits directly on the golf course and it has a pool so it's something of a unique property for a foreclosure and could potentially sell quickly. You can view the details of the listing here.

A Quick History of the House

This home was originally listed as a regualr resale and then withdrawn. At first, $565,000 and then reduced to $535,000 prior to being taken back by the bank. It's on the marekt right now for $415,900. I bring this up for a couple of reasons; one, in it's current state doing nothing more than cleaning it up, we know that it is not worth any more than $530,000 and second, to perhaps demonstrate a property that might have some instant equity for someone willing to take on this project.

Make no mistake, this home is a project, but, one that might be just right for someone with a bit of vision. Here are a couple of photos of the pool and the golf course lot: 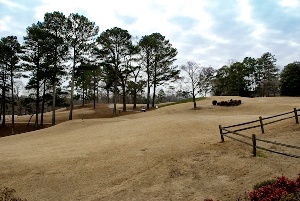 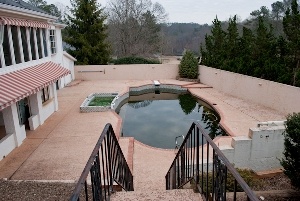 February Marks the End of the Slow Winter Season - What Can We Expect Now?

Traditionally, February in Atlanta (right after the Super Bowl) is the beginning of the end for the slow winter season in the real estate market. After 2008, most experts now at least see the light at the end of the tunnel. Prices have come down and inventories have been decreasing for the last 5 months. What this means going forward is a beginning of the end for further price declines and summer should bring back some balance to the overall real estate market in Atlanta.

Of course, this change will come slowly and it's possible for certain segments of the market to continue price declines for several more months. Most areas north of I-20 should begin to see a leveling off before many of the areas south of I-20. Some segments of the market are already nearing more "normal" levels of inventory as it relates to sales volume. For example, housing starts have come to a complete halt and inventories of existing finished new homes are dropping faster than any other segment due to the lack of new starts. At the current rate of sales, new construction will be at seller's market inventory levels by the end of the summer.

What this means for you if you have been waiting for the time to buy is that it is here now. In fact, many of the best deals on new construction are already gone. There are sure to be more discounts on certain properties, but, choices are becoming more limited. The time to act in this market really is right now. For example, Gramercy Park in Alpharetta sold the first 2 homes for $730,000 and $740,000 in June and August. Today, similar floorplans are priced below those sales prices with the remaining homes listed from $639,000 to about $720,000. Basically, we have reached the point of zero sum profits and many...

Crabapple's Future Still looks Bright in the Long Term - is it the Right Place to Buy Now?

When Crabapple Crossroads was first envisioned as a walkable mixed use area of businesses, homes and townhomes right on the border of Alpharetta in Milton, the idea was welcomed as an exciting use of space and brought a fresh and inviting concept to the area. Businesses opened and homes were sold and it quickly became one of the most popular places to live for homeowners seeking the unique combination rarely found outside of "the city".

Enter a "change" in the real estate market and a drive through the overlay district no longer looks as appealing for buyers in the market today, but, this is an area where prices have come down and may now offer some of the best opportunities for buyers looking for a complete community - not just a neighborhood with a pool and tennis court. There are problems for sure. Especially for the builders, but, that does in fact mean opportunity for someone else and that means buyers.

So what does the the future hold for the one time darling community in North Fulton? I drove out yesterday to get some photos for this report and to look around and see how development was coming along. It's been about a month since I had actually stopped and got out of my car and I tried to look at the area from a potential buyers eyes to get a different take on it than what I usually see from my perspective. I still really like what I see. The architecture, thoughtful use of space, and continued development of the businesses still feels like it will turn in to a small community bursting with energy and a positive marriage of the best parts of what many people yearn for from the past combined with today's amenities and sustainable eco-growth that show the forward thinking...