Living in Roswell - The 3 Areas - Pros and Cons

Roswell is a very sought-after suburb on the north side of Atlanta and has 3 distinctly different areas you should learn about before moving to Roswell and today I’m going to go through some of the pros and cons of living in these 3 different areas all within the city of Roswell...

My name is Ryan Ward and I’m the broker and owner of Premier Atlanta Real Estate. On this channel, I talk about all things real estate relevant to the Atlanta and the national real estate markets and I provide tips, training, and education helpful to consumers and real estate professionals alike. So if that’s of interest to you, consider subscribing to my channel and hit the bell icon so you’ll get notified when I post a new video!

Before moving to Roswell I think it’s really important to get a good idea about the different areas because each has its own unique characteristics and you should know about all 3 before choosing which one is right for you.

Roswell is located along the GA 400 corridor of North Fulton county. Georgia 400, runs north/south splitting Roswell into an east and a west section. The east Roswell side of Georgia 400 is simply referred to as East Roswell and the west side is split into west Roswell and Downtown Roswell.

From Georgia 400 and Holcomb Bridge Road, you are about 30-45 minutes away from any of the major Atlanta employment centers. Alpharetta and the Top End Perimeter area of Sandy Springs/Dunwoody are the 2 closest with commute times of about 15-20 minutes. However, go too far east or west in Roswell and that commute can get quite long - especially if you have to go all the way to Midtown or Downtown Atlanta.

So just a quick bit of history...Roswell is named after a man named Roswell King, and the city essentially started as a small mill town with water power from Vickery Creek and the Chattahoochee Rivers running what was called the Roswell Manufacturing Company. The ruins of some of the mills and the dam built to harness the power of Vickery Creek can still be seen at Old Mill Park. It’s one of the most photographed areas in Roswell and very popular for wedding and engagement photoshoots and it’s really cool to see in person too! In fact, we have quite a few photos there too, like these!

I think most people living in Roswell would agree that Roswell has some of the best parks in Georgia and they’re everywhere in Roswell. Regardless of which section of Roswell you live in, this is one thing all three areas have in common. There are sports complexes convenient to everyone like East Roswell Park and the Roswell Area Park on the west side that’s convenient to Downtown and to west Roswell. There are amazing running trails at Vickery Creek Basin and bike paths and parks that run along Riverside and Azalea Dr all along the Chattahoochee River and these are convenient no matter which section of Roswell you live in. But when it comes to enjoying the outdoors, I have to say it’s a tie between East Roswell with access to Big Creek and the proximity to the Chattahoochee parks along with Downtown Roswell. If you live in west Roswell, you’ll probably find yourself driving into downtown for the outdoor spaces.

Next up is retail shopping and it differs depending on where you are. The west side has all of the major retail stores along Crossville Rd you might want and for day-to-day shopping at something like Target or Chik-Fil-A or Home Depot, west Roswell beats out east Roswell. This is an area that east Roswell lags behind the other two areas. But, North Point mall is on the east side and is convenient to Roswell but it’s located just north, in Alpharetta. It’s not far away, it’s just not Roswell. That said, this is definitely an area where Downtown Roswell begins to show its unique local charm, and the walkability and diverse shopping wins the day and even though North Point Mall is technically not in Roswell, it offers east Roswell residents more shopping than is available in west Roswell. So for shopping, I give the nod to Downtown and then east Roswell and last place goes to west Roswell.

Before going too far, I do want to spend just a minute on Downtown Roswell as it is one of the coolest downtown areas anywhere in Georgia. The main thoroughfare running through downtown is Canton St and it’s loaded with amazing restaurants and boutique shops and it’s is full of rich history and points of interest. If you live in Roswell, you’ll eventually need to do some of the tours offered at places like Barrington and Bulloch Halls and you have to take a walk down to the old mill and waterfall and across the covered bridge at Old Mill Park. Downtown is the only truly walkable area in Roswell so if this is important to you just know that this is the only place it’s possible. During the Sumer months, Roswell hosts what’s called Alive in Roswell which is a free festival held on the 3rd Thursday of the month from April through October. There is something for everyone at the event and it’s been a staple in Downtown Roswell for years.

Restaurants - this one is easy. Downtown Roswell is the clear winner with more options for food than either east or west Roswell. You can get a sandwich for lunch, tacos anytime and the restaurants range from very casual all the way up to one of the best steak houses anywhere in Metro Atlanta. I have to say as a bit of a foodie, that east and west Roswell do have some excellent restaurants as well just not the diverse options available in Downtown Roswell and especially not within walking distance of each other.

Next, let’s talk real estate. Real estate prices are similar on the east and west side and generally, more expensive near downtown.

The east side of Roswell is mostly subdivisions and it has two large and very well known golf & country club communities; The Country Club of Roswell - Willow Springs and Horseshoe Bend Country club. It also has another very large, sought after neighborhood called Martins Landing that has its own outdoor area right on the Chattahoochee River.

Downtown Roswell, like many downtown areas in metro Atlanta cities, has the most sought after location of the three sections of the city and the highest price per square foot. Just about anything within walking distance to Canton St is likely to get multiple offers and if it’s an older house, it will probably be completely renovated or torn down and replaced with new construction over a million dollars.

Homes for sale in west Roswell closely match prices in east Roswell but west Roswell has a bit of a different feel than east Roswell does because the homes tend to be just a bit more spread out. Brookfield Golf and Country Club is on the west side if you prefer the west side and are also looking for a golf community. The downside for west Roswell is that it generally takes longer to get to the highways and for a commute to work and just getting to other areas of Atlanta takes more time from west Roswell.

East and west Roswell are both mostly subdivisions, many of which are swim/tennis and Downtown is made up of a number of older neighborhoods with fewer swim/tennis options. There are luxury homes and townhome communities in all 3 sections.

The average cost of a home in Roswell is similar to the surrounding cities of Johns Creek and Alpharetta and lower than neighboring Milton and Sandy Springs. Overall, it’s also about 30% higher than the Metro Atlanta average.

As for housing, I give the nod to east Roswell because I think you can get a little more house for your money than you can in the other two areas. However, if you value walkability, then downtown will be the better choice for you.

A very small side note and something else that we get asked about from time to time is libraries and each area has a public library that’s easy to get to so no winner in this category.

Now, I wouldn’t be giving an objective comparison if I didn’t mention traffic. Another point that is pretty much a tie, and a con for all three areas and certainly not a great selling point is that no matter where you are in Roswell, you’ll probably find a good bit of traffic. Holcomb Bridge Rd runs east and west across Georgia 400 and pretty much always has heavy traffic. If you live in Roswell and commute to work, there’s a good chance you’ll need to take Georgia 400 which backs up in the morning and in the afternoon. If you live on the west side, there are no major highways anywhere near you so your commute will either be back roads or a long trip just to get to either Georgia 400 or I-75. If you live on the east side, it’s either Georgia 400 or backroads. If I had to pick a winner here, I would say that Downtown Roswell has the most ways in and out to avoid traffic.

A quick note about schools. It’s definitely not my place to determine what school is best and I wouldn’t dream of picking a winner here. Public schools in Roswell are part of the Fulton County School system and test scores are above average pretty much across the board. There are also several private schools located on the east and west side of GA 400 so there should be a good school choice for anyone looking at Roswell because of schools.

So that about sums up some of the strengths and weaknesses of each of the different areas you should know about before choosing an area and living in Roswell. Driving through each area looks different visually so I absolutely recommend you check out all 3 areas in a car before making a decision. We all have our own list of important considerations and I certainly haven’t answered every question you may have. Please feel free to reach out to me directly or leave a comment or a question and I will do my best to answer it for you!

Not A Good Place To Live If Don't Have Transportation & Have To Rely On Marta Bus Route #85. Discontinued Services Almost One Year Ago. Effecting Mostly Senior Citizens & Single Working Mothers & Fathers Who Depend On Marta Services.
Thank youðŸ™„

Hi Deborah, thanks for the comment. It's true that there is limited public transportation. Some of this is due to COVID and hopefully, we will see more bus routes open back up before too long...

I live in East Roswell and I love it. I moved to Georgia last year and Roswell was my first pick. My work commute isn't that bad In the morning but the afternoon is crazy on the 400. I feel safe in my community and the view is amazing on the sunny or cold days. If you're interested in moving to this area, I would say yes, but make sure you have a vehicle because there is no bus transit available. The parks are beautiful and overall, the people are friendly and the area is clean, which is a huge plus in my book. 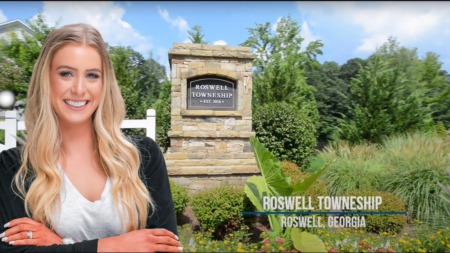 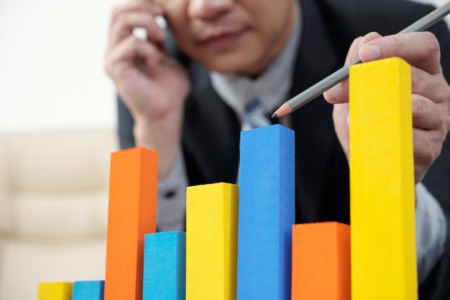 If you are looking for current and past information on the Roswell real estate market, you can find it here. Check back ...