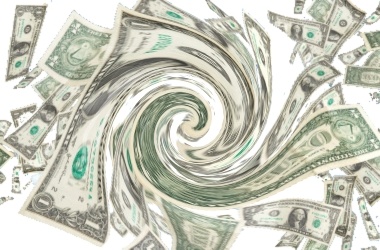 Now that the stimulus bill has passed the committees and is set to be signed by Obama as early as Monday, any hope that the bill would include help for the industry with the biggest problem and is the biggest reason we are in a recession is all but gone. While it could be argued that the $15,000 tax credit was not the right prescription, it would have sent a message that the problem was being addressed.

Bloomberg reports this morning that the bill weighs in at $789 Billion dollars and that instead of a $15,000 credit, there will be a $500 addition to the $7,500 tax LOAN already in place. Like most things in the behemoth, little details can be found. We could hope that they would remove the LOAN portion of the bill with all this money being thrown around, but, I suppose there is no real reason to address the core of the recession - the housing market. Why would we expect that congress would do that when they have so much money available to spend on pet projects? 4 Million dollars for tennis courts, 2 million for lights in Vega, 15 million for a sports park project that will create 15 jobs. Yes, that's $1,000,000 a job. Maybe I'm in the wrong business.

So my questions are these: Since the entire real estate industry in a primary and secondary way makes up approximately 20% of the total GDP, why is the housing crisis, which is the root cause of the recession largely being ignored in the stimulus? Should we be outraged? Do you think that the money is being spent wisely? Do you believe this stimulus bill will help you and your family?

Ryan, President Obama promised to change the old political ways and bring in a new way of doing things. He also has made it very clear that recovery in the housing market is key to improving our economy. With this bloated economic stimulus plan of now just under 800 billion you would think the $15,000 buyers credit was not only step in the right direction. but imperative. But leave it to all the special interest groups to make sure their pork is included in this bill and it looks like the importance of the housing market is being completely ignored.

It will be a real shame if this huge stimulus bill doesn't address our real needs and not just the pet projects of these politicians.

I have real doubts about the stimulus package. If home values continue to drop, the foreclosure rate will continue to grow.

I have doubts about the stimulus package as well. It is a huge gamble with no real guarantee (or substantiated proof) that it will work. To make matters worse, the dice are being thrown by a president without a lot of experience increasing the risk. Even if it does work and the economy gets back onto its feet, it won't be strong enough to cover the check the Obama is writing. Work or not work, our children are going to be faced with a huge deficit.

Consumer response on the credit has been mixed. Some love it, some hate it (to be fair, quite a few haters just bought a house in late 2008). At least this money is being spent on Americans, not on a foreign country. The debt racked up from the Iraq war will make this look like peanuts...and our children's children will be paying for Bush's war.

Hi Charles, Thanks for stopping by. The total cost of the war in Iraq right now after about 7 years is 600 billion dollars. By contrast, the stimulus bill signed into law without even being read by congress was 800 billion on top of the 700 billion Bush spent and the 2 billion dollars Guitner wants to spend. Plus about another trillion dollars the new administration wants to spend on top of that as well. All of these numbers are barely comprehensible, if at all. I'm not trying to be political with this post. What I am trying to point out is that the stimulus bill - if it was truly a stimulus bill would have done much more to address the root cause of the recession that we are in currently. To that end, much of the money was spent on things that will not in any way help, but, instead are pet projects. A real stimulus package would gone much further to address the housing crisis than the glossing over that it got in this bill. The Obama administration has spent more money in the first 45 days than the entire United States spent from its inception until the time he took office. Little of it to help fix the problem that created this mess. That's a profound number worth considering - and worth pointing out. Just about everyone agreed something needed to be done, but, if they were going to spend taxpayer money, don't you think they could have used it to correct the biggest problem ?

Perhaps they have, after all none of us are economists. As for pet projects, anything they spend money is going to be called a pet project by someone sadly. However this money being spent is on the former President as well....the current government wouldn't be spending it if the country wasn't in the huge mess its in. The Iraq war will continue to cost the US money long after its over and that spending will surpass anything we can think of right now. After all they is the cost to care for our vets, replacing lost equipment, troops, etc. That will easily run into the trillions, but no one is thinking about that. I think the one thing that everyone will agree on is that everyone will disagree. I forget who said it, but when it comes to politics, perception is reality. Part of the economic mess was caused by public perception.....perceive there is a problem and then there is one. Changing public perception will not fix everything but any measure, but I think it will help immensely to get things back on track. People going out and spending money will help get the ball rolling....just like the tax credit may help nudge people to buy a home now rather than in a year.

I guess my frustration is that this was an opporunity to do the right thing in the stimulus plan and they largely wasted it. 41% of home purchases right now are by first time homebuyers which leaves 60% of the buyers out of the fix provided in the plan to help the housing market. There are so many things that they could have done and they did so little. A tax credit is hardly the best option. They were going to do something. I get that. The problem is that this does not even qualify as a drop in the bucket. It was just a wasted opportunity in the time we most needed leadership.

Its my understanding that the credit was increased to $8,000 and it is not a loan as long as you live in the home for over 3 years. If you sell before the 3 years, you have to pay it back. If you don't, you don't have to pay a dime back.

Yeah you are correct it is 8k, I wish it had been 15k it would have really helped.

Some folks don't let facts and stats get in the way of beliefs and hopes. People either get it or they don't. To take the take credit out of the "stimulus" bill just shows you how serious the folks in D.C. are about "fixing" the housing problem. There are so many ways to "solve" the root of the economic issue and housing that costs far less than what has and will be done that I believe it makes all thinking people shake their hands and wonder what in fact is the agenda.

Some times I wish I understood less about the financial mess with CDO's, MBS, CDS,Fannie and Freddie, the bail outs and who got what money and the all the political posturing...it is painful to hear about when you have a basic understanding of the facts....

I think the biggest dissapointment has been the complete ignoral of a solution for helping homeowners who have lost their job or need to relocate and need to do a short sale to move on in life. So much equity has already been lost and these sellers need to move on without the majority of the lenders taking three months plus to approve the sale... or even worse... being held hostage by a second that will receive nothing if the property goes to foreclosure and are not happy being paid off with 3 to five thousand dollars to release their lien.

Another thought... concerning the theory of housing being the reason we are in a recession. Housing kept us out of a major recession after 2001 due to the Billions in Mortgage Equity Withdrawals where the cash was taken out and spread throughout the economy. Tweaking interest rates after 9/11, loosening lending standards and flooding the market with trillions in investment capital raised home values to begin with... enabling a huge increase in MEW that fueled the economy. Calculated risk has a really good chart that shows this amount here --> http://www.calculatedriskblog.com/2009/03/q4-mortgage-equity-extraction-strongly.html

Tweaking with the forces that create a "normal" market such as tax credits, low interest rates, etc.. eventually end up doing more harm then good. While not always evident.. it does eventually show up and the price has to be paid. The 2009 first time homebuyers Tax Credit is good until Dec. 1st. What happens afterwards? Are interest rates going to be artificially low forever? Are we just slowing down the inevitable and delaying the correction process?

I completely agree with your anaylsis of what happened with this prior legislation. Thankfully it sounds like they are trying to bring it back this year. Big suprise something we as Realtor's lobbied for might actually happen because they've seen the success with the first time home buyer credit. Hopefully they get it right this time. Only time will tell. I really enjoy reading your blog your professional insight is a breath of fresh air.